France lies on the western edge of Europe, bordered by the Bay of Biscay and the English Channel in the west, by Belgium and Luxembourg in north-east, by Switzerland, Germany and Italy in east, by the Mediterranean Sea, Monaco, Andorra, and Spain in south.

Geographically, it is one of the most diverse countries in Europe with its long coastlines, massive mountain ranges and breathtaking farmland vistas.

France has been the world’s most popular tourist destination for decades due to its weather, picturesque villages, world-famous gastronomy, the wine, the ski resorts, the shopping and dozens of major tourist attractions. 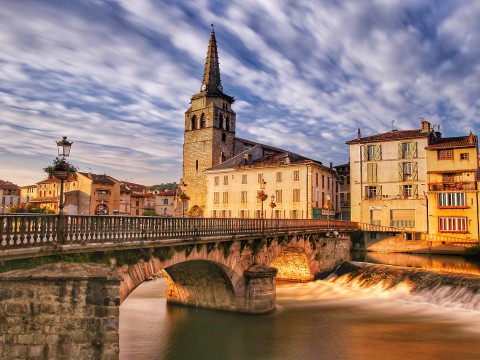