Baths and Convent in Ronda

The Baños Árabes or Arabic baths in Ronda are the best preserved 13th-century Arab baths in Spain.

The central hall is the largest and consists of three bodies, separated by four pairs of horseshoe arches on brick and stone columns, which support barrel vaults and small domes on pendentives. The star-shaped vents in the roof, which creates a dimly-lit ambience, ideal for relaxation, are similar to the ceiling of the more famous bathhouse at the Alhambra in Granada.

Water was provided from the Arroyo de las Culebras (snakes’ stream), by a waterwheel, which is also well preserved.

An excellent 10-minute video (in Spanish and English) helps you visualise the baths in their heyday.

Enjoy the pleasant walk down here from the centre of town. Note that this attraction is situated at the bottom of the gorge, so be prepared to take a steep hike back up to the main square!

The History of the Arabic baths in Ronda

The Arabic baths were built at the end of the 13th century during the reign of King Abomelik. They are located, next to the Arab Bridge, in San Miguel Quarter, which was the old Arab quarter of the city.  You can still see the large cauldron used to heat the water and in good condition.

When Ronda got conquered by the Christians, the Baths ceased to be used and were buried by the swellings of the River Guadalevín.

When the Duquesa de Parcent had the gardens built in this area, the first rests of the Baths came to light, until the State bought the site in 1935.

Other names of Baños Árabes 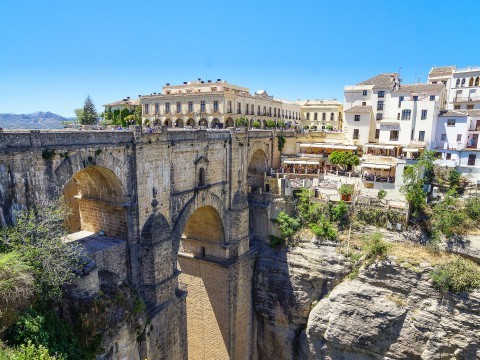 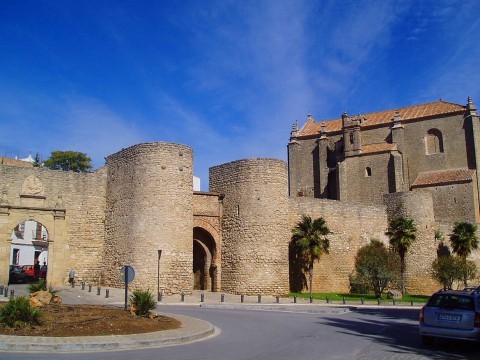 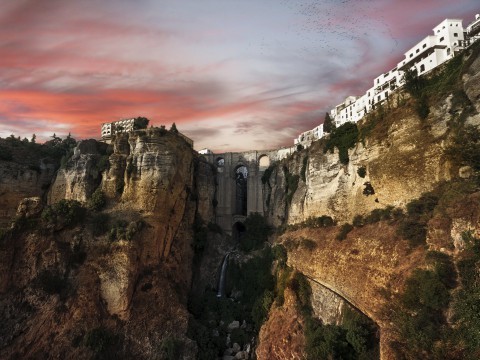