The Palacio de los Marqueses de Viana or the Palace of the Marquises of Viana, is a palace-museum located in the city of Cordoba, Andalusia, in Spain.

Although it is called a palace now, the Palacio started as a 15th century stately home. Over time, the aristocratic families who came to possess the building transformed it into a Renaissance palace. It was named ‘Palacio de Viana’ after the last family to live in the palace: the marquises of Viana. It is located in Don Gome plaza, in the Santa Marina district, towards the north of the city. It was declared “property of cultural interest” by the Spanish State in 1981. The palace houses collections of Renaissance art and is surrounded by twelve patios of various eras and aspects as well as a garden.

Although it is though that buildings existed here from the 14th-century and some archaeological findings, believing that it was originally a Roman building.

The Viana Palace was  a palatial house built in the 15th century by Marquis of Villaseca. The palace underwent several transformations over the centuries, especially in the 17th century which gave it its current appearance. The palace remained in the possession of the Villaseca family until, in the mid-19th century, it was transferred to the Marquises of Viana by marriage.

The palace was bought by the Provincial Savings Bank of Cordoba in 1980, shortly before the death of the childless 3rd Marquise of Viana, and opened to the public as a museum and cultural center.The palace is currently (in 2016) the property of the CajaSur banking foundation. It is open to the public.

What does the Palacio de los Marqueses de Viana look like?

The 18 owners from the nobility who lived here since the 15th century extended the building and courtyards in an irregular fashion to give a good overview of the changes in tastes and fashion throughout the past five centuries. The floor is an irregular polygon, as a result of the constant attachment of houses which have extended the original construction.

Its main facade on the Don Gome Square was though to have been designed by Juan de Ochoa, in a mannerist style, during the 16th century. It has a first lintelled section, with panels, over which we can see a cornice divided by the balcony of the second section, which is framed by two big mythological sculptures attached to the façade. The ensemble is crowned, over the balcony, by the crest of the Saavedra family, with the crest and crown of marquis, inside the necklaces of the orders of Carlos III and the golden fleece.

Highlights of the ground floor include:

Climbing the beautiful Main Stairway, you get to the noble floor, which, due to its size, has been divided in two areas, eastern and western.

There are a few tours of that area. This is our recommendation.

See the Patios of the Palacio de Viana

Cordoba is well known for the marvelous patios that you can find in every corner of the city. Viana Palace covers a surface of more than 6,500 square metres, of which almost 4,000 of them correspond to courtyards, gardens and open spaces. There are twelve patios to see. 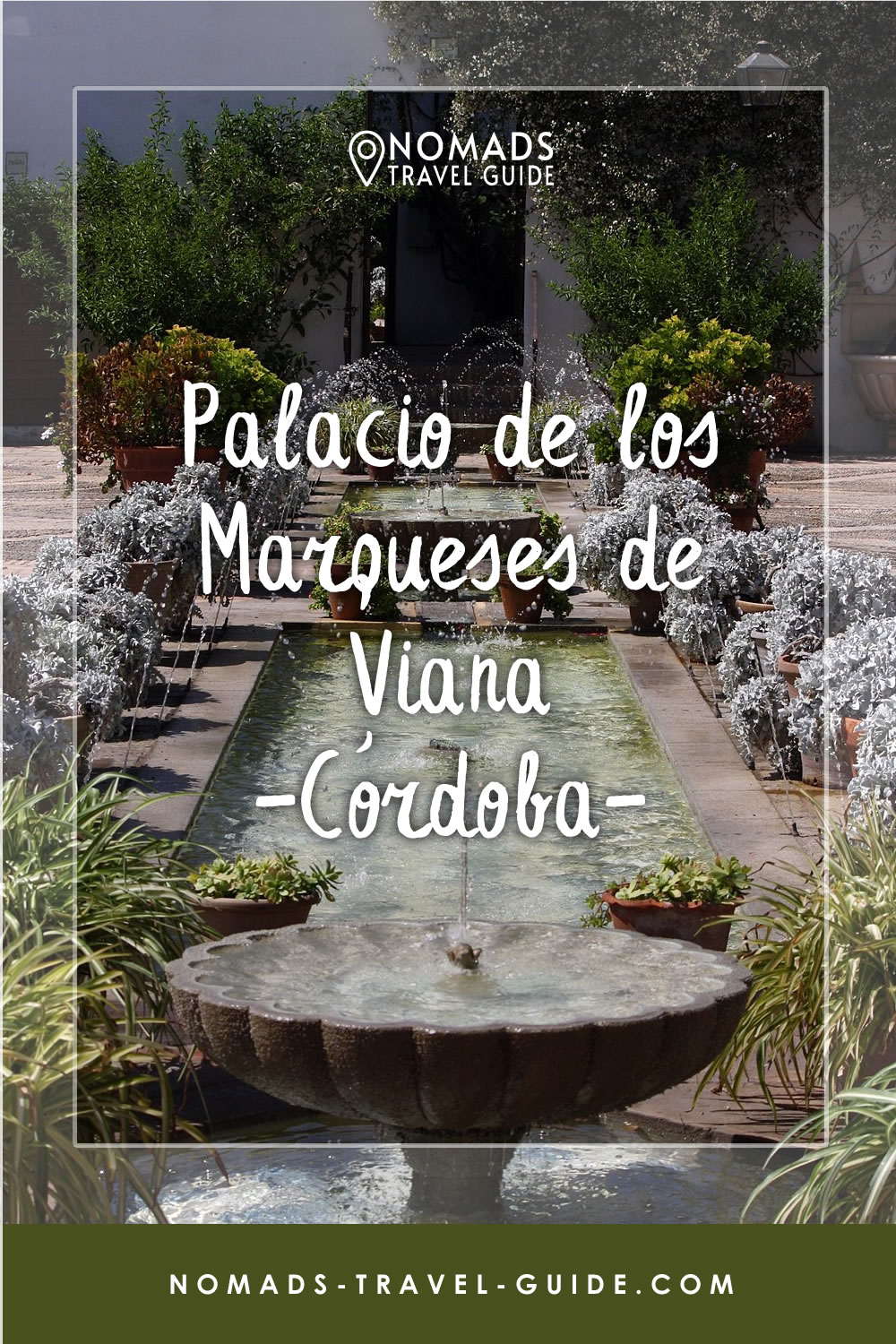