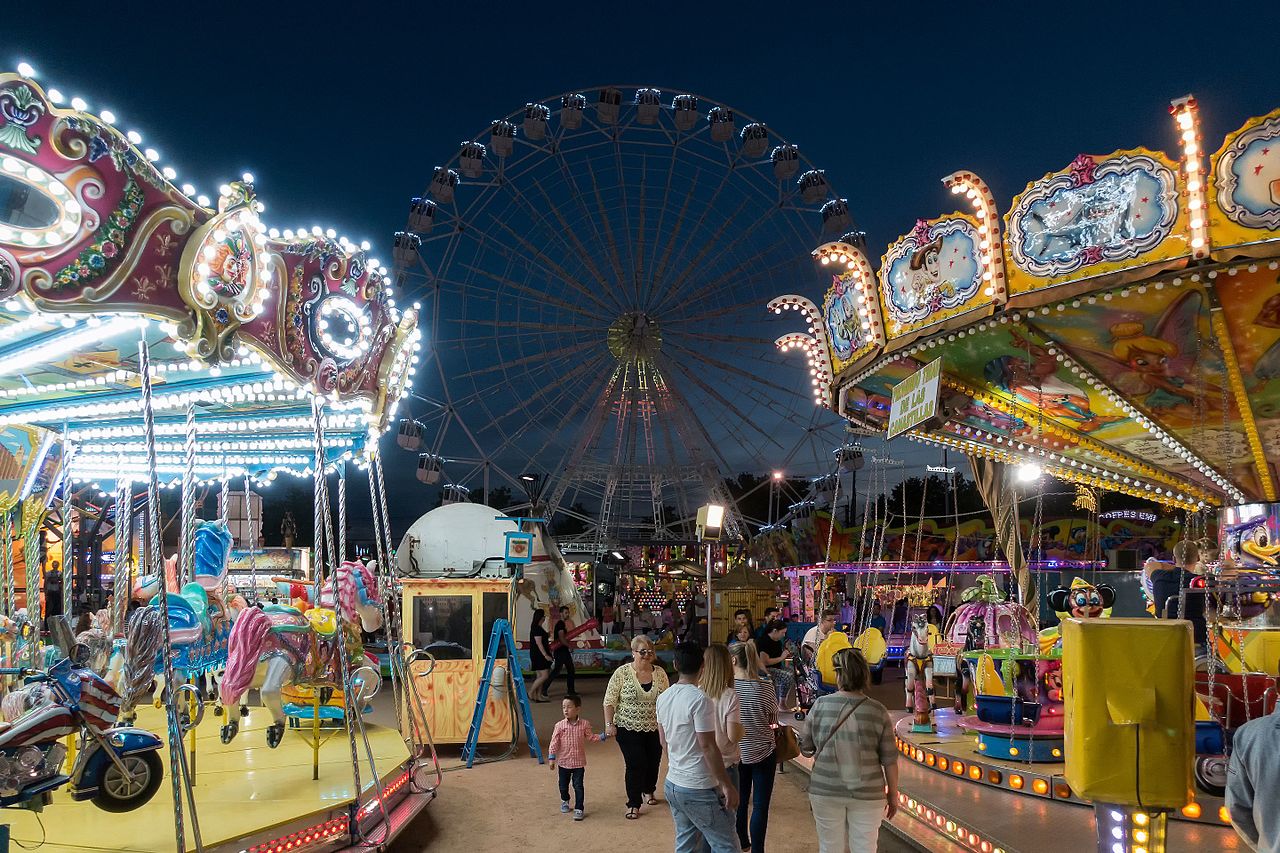 Battle of the Flowers

The Batalla de las Flores or Battle of the Flowers is a one day-event celebrated, at noon at the beginning of May, to mark the beginning of a month of festivals. A parade of around 20 flower covered floats pass along the Paseo de la Victoria and Argentina, carrying women beautifully attired in typical trajes de gitanas or gypsy flamenco dresses and decorated with paper flowers and images of Córdoba’s patron saint. For the Battle of the Flowers they throw hundreds of thousands of flowers from the floats to the crowds of people which the public then throw back – hence the name the “Battle of the Flowers”.

The Cruces de Mayo or Crosses of May festival is a religious flower festival, which lasts over four days at the beginning of May, located in Cordoba. It commemorates the cross on which Jesus was crucified and is believed to have its roots in the 4th century, when Constantine, son of Saint Helen, saw a vision of a cross in battle.

The festival consists of dozens of large crosses made of flowers set up around the city, which are put up in courtyards and squares. The churches compete to see who has the most beautiful cross. The neighborhood associations and local clubs set up outdoor bars next to the crosses and serve drinks and traditional tapas and play traditional Sevillanas music. There are maps available of where all the crosses are around the city, although you can just wander around the districts of San Basilio, San Andrés, Santa Marina, San Agustín and the city center during the May Crosses festival.

In the first few weeks in May, Cordoba has its Patio Festival.  During this timethere are more than 50 flower-filled  courtyards, open to the public. The festival is an opportunity to chat with the residents and gardeners, who get prepare all year round to offer the best sight of colorful flowers.

The Patios often have flamenco dancers and tapas for the visitors.

The Feria de Córdoba or the The Cordoba Fair is usually held at the end of May, located in Cordoba in Spain. It was originally to mark the feast of Our Lady of la Salud Health but like Seville’s April Fair and the Jerez Horse Fair, the Cordoba Fair celebrates the spirit of Andalucia. In addition to a big fairground, you will see a lot of horse-riders and people in traditional gypsy or flamenco dress for the ladies and wide brimmed hats for the men. There are also lots of marquees set up called casetas, each one serves fino wine and tapas. There is usually some traditional live music and flamenco dancing too. Unlike the Seville Fair all the casetas are public.

Semana Santa or holy Week is a is a commemorative feast of Christ’s Passion in which the people publicly declare their faith.

For seven days the city is taken over with about 40 different floats bearing Christs and Virgins, carried by the Nazarenos, followed bands. The floats are very heavy and it is considered a great honor for members of the city’s different religious brotherhoods of Penitents to carry them through the streets of Córdoba. Large crowds gather to watch them do so and there is a solemn, religious atmosphere of hushed reverence as they pass.

Read more about the Semana Santa

The International Sephardi Music Festival has been held annually in the Botanical Garden of Córdoba since 2002 and is an intriguing festival which celebrates the Jewish customs and music that have been so influential in shaping the city’s culture over the centuries.

Shephardic bands come from all over the world to perform in one of the several concerts that take place over a week in June. There area also dance workshops, demonstrations of Jewish cooking, wine tastings, lectures and exhibitions.

The Festival de la Guitarra or Festival of the Guitar is usually held during the first fortnight of July in Córdoba.  It is a highly regarded international guitar festival which is one of the highlights on the city’s events calendar. There are performances by well-known artists and there are also training courses around the city covering just about everything related to guitars and flamenco music.