Pukë or Puka is a town in the north / central of Albania’s,  located about 60 kilometers east of Shkodër on the main road to Kukës and Kosovo.

The town is one of the highest in Albania and a well-known ski area at 838 metres above sea level.

In ancient times, Puka was an Illyrian settlement, of the Cavii tribe,  and it was called Epicaria or Durnium. The ancient settlement is four kilometers south.  The old road from
Shkodër Kukës follows the line of the ancient Roman trade route Via Publica, which is one explanation of where the town got its name. The trade route became more important in the Ottoman period, when there was a customs post Vau i Spasit at the ford across the Drini  on the way to Hasi. There were also fortifications built to protect the road at the ford and at Qafa e Malit. The ruins of a fortress above the village are said to come from Lekë Dukagjini , a contemporary of Skanderbeg , who gave the name to the best known version of Albanian common law . The fortress was inhabited earlier, however, for around 2000 years.

To find out more about the local archaeology it is worth visiting the small museum in the town, which also has fascinating displays of costumes and local instruments.

There’s a micro brewery in the town that makes a draught lager called Puka Beer. The poet Migjeni lived in Puka , to whom a small museum was dedicated. 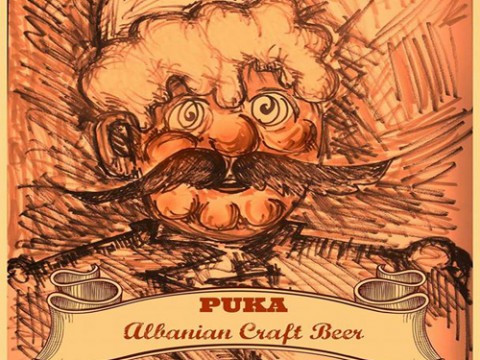 Distance: 0.60 km
Birra Puka
Manage Cookie Consent
To provide the best experiences, we use technologies like cookies to store and/or access device information. Consenting to these technologies will allow us to process data such as browsing behavior or unique IDs on this site. Not consenting or withdrawing consent, may adversely affect certain features and functions.
Manage options Manage services Manage vendors Read more about these purposes
View preferences
{title} {title} {title}