Experience the most incredible landscapes and seascapes. Sutherland makes up a large part of the North Coast 500, and will leave a lasting memory too. From the dramatic north-western scenery, where the mountains meet the sea, to the varied lands of the east – with scattered fishing communities, award winning golf courses, fairy tale castles, archaeological wonders and quaint harbours. Unspoilt, naturally stunning landscapes and seascapes with stretches of sand to rival those abroad, welcome to Sutherland.

Sutherland is a historic county, registration county and lieutenancy area in the Highlands of Scotland. Its county town is Dornoch. Sutherland borders Caithness and Moray Firth to the east, Ross-shire and Cromartyshire (later combined into Ross and Cromarty) to the south and the Atlantic to the north and west. Like its southern neighbour Ross-shire, Sutherland has some of the most dramatic scenery in the whole of Europe, especially on its western fringe where the mountains meet the sea. These include high sea cliffs, and very old mountains composed of Precambrian and Cambrian rocks.

The name Sutherland dates from the era of Norwegian Viking rule and settlement over much of the Highlands and Islands, under the rule of the jarl of Orkney. Although it contains some of the northernmost land in the island of Great Britain, it was called Suðrland (“southern land”) from the standpoint of Orkney and Caithness. In Gaelic, the area is referred to according to its traditional areas: Dùthaich MhicAoidh (or Dùthaich ‘IcAoidh) in the northeast, Asainte (Assynt) in the west, and Cataibh in the east. Cataibh is also sometimes used to refer to the area as a whole. The northeast corner of Sutherland, traditionally known as the Province of Strathnaver, was not incorporated into Sutherland until 1601. This was the home of the powerful and warlike Clan Mackay, and as such was named in Gaelic, Dùthaich ‘Ic Aoidh, the Homeland of Mackay. Even today this part of Sutherland is known as Mackay Country, and, unlike other areas of Scotland where the names traditionally associated with the area have become diluted, there is still a preponderance of Mackays in the Dùthaich.

Much of the population of approximately 13,000 inhabitants are situated in small coastal towns, such as Helmsdale and Lochinver, which until very recently made much of their living from the rich fishing of the waters around the British Isles. Much of Sutherland is poor relative to the rest of Scotland, with few job opportunities beyond government-funded employment, agriculture and seasonal tourism. Further education is provided by North Highland College, part of the University of the Highlands and Islands. The Ross House Campus in Dornoch was the first establishment in the United Kingdom to provide a degree in golf management. The Burghfield House Campus, also in Dornoch, is the home for the Centre for History teaching undergraduate and postgraduate history degrees to students around the UHI network and worldwide. 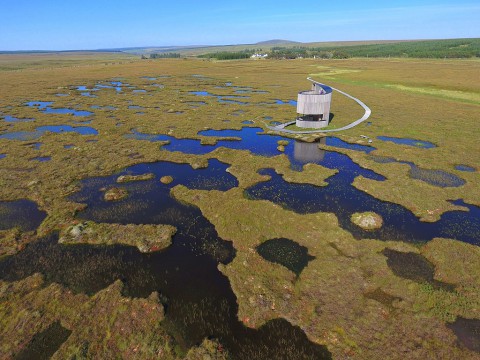 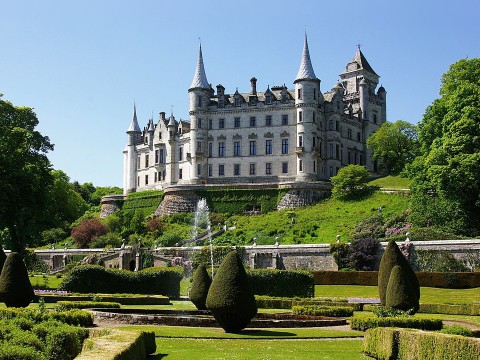 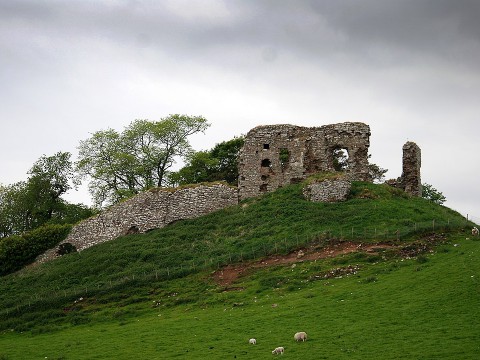 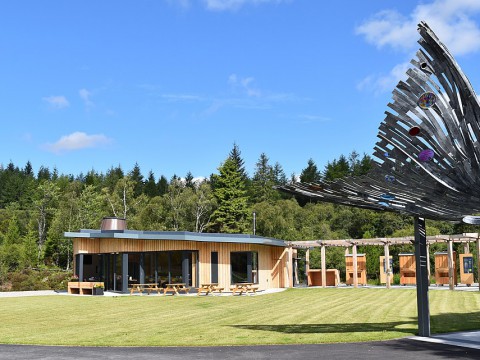 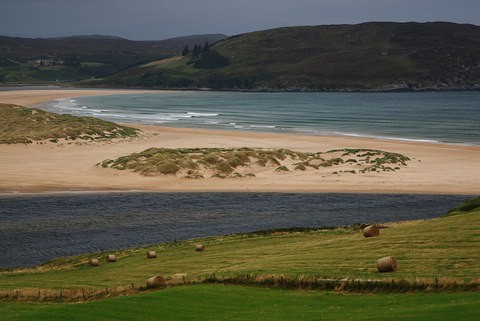 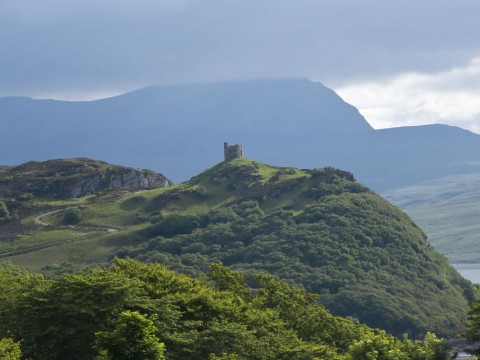 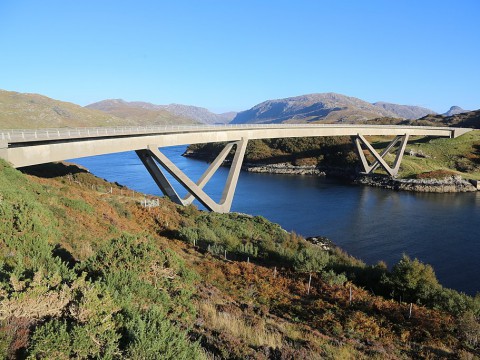 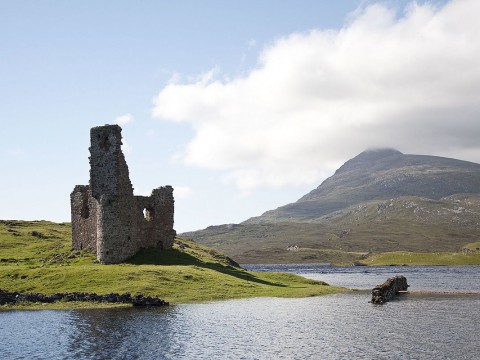 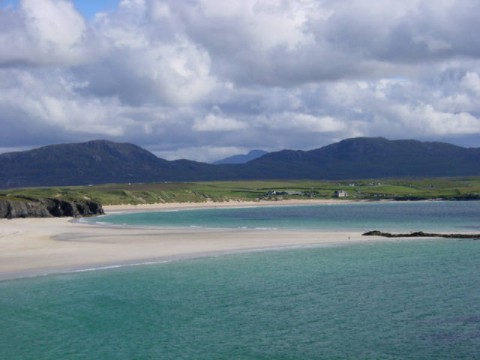 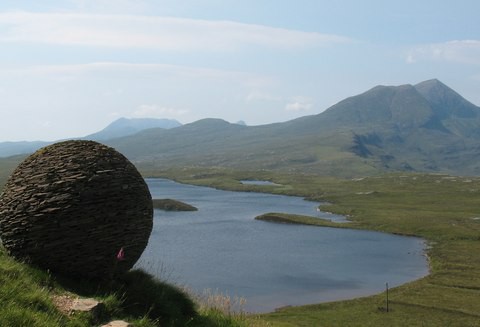 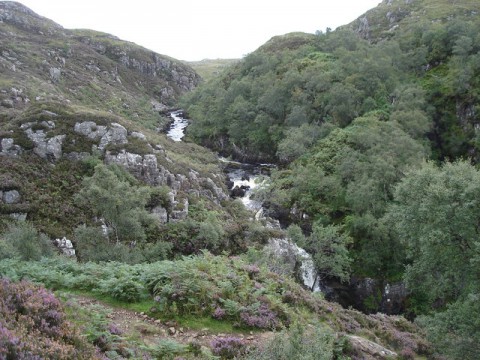 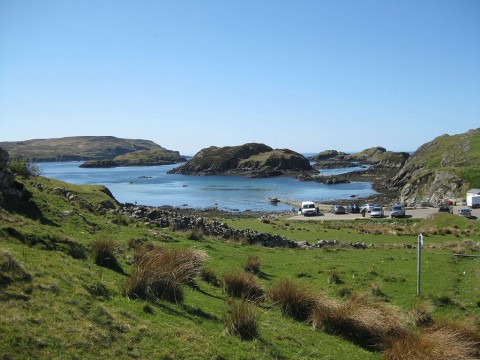 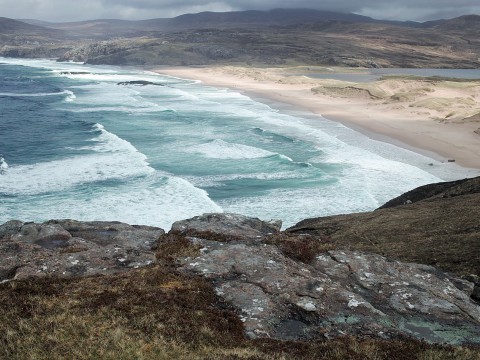 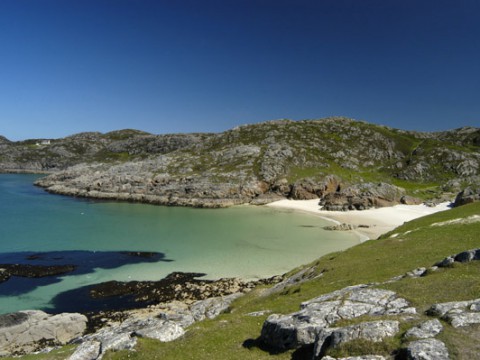 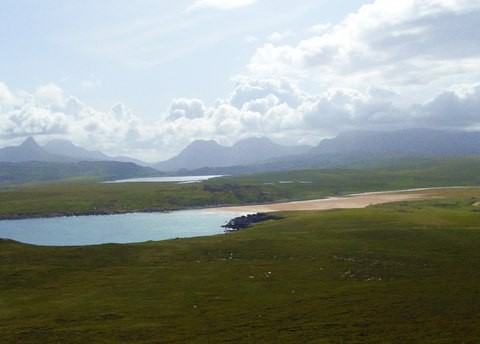 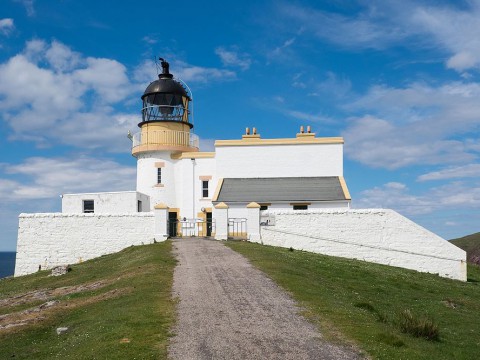