Inverness Castle sits on a cliff overlooking the River Ness in Inverness, Scotland. The red sandstone structure, displaying an early castellated style, is the work of a few 19th-century architects. William Burn (1789–1870) designed the Sheriff Court, Joseph Mitchell (1803–1883) the bastioned enclosing walls, and Thomas Brown II (1806–c. 1872) the District Court, originally built as a prison. It is built on the site of an 11th-century defensive structure. Until 30 March 2020, it housed Inverness Sheriff Court: this has now been moved to the Inverness Justice Centre.

The Castle Viewpoint offers fabulous 360 degree views of the Highland Capital and many of the famous landmarks in the surrounding area. 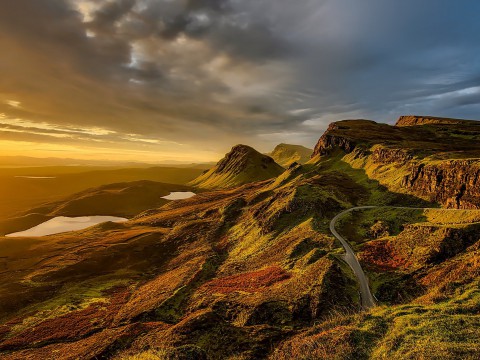