Skanderbeg Square also known as Sheshi Skënderbej in Albanian, is the best place to begin to witness the daily events of Tirana.

Until it was pulled down by an angry mob in 1991, Enver Hoxha’s 10m-high bronze statue stood here, watching over a square that was largely car-free. Now only Skanderbeg’s equestrian statue remains, deaf noise of screaming horns as four-lanes of cars attempt play bumber cars in the streets.

Tirana’s main square has been renovated in 2018 with multi-colored paving made of stones from various parts of the country.

On the northern side is the National Historical Museum and the Tirana International Hotel.  On the east is situated the Palace of Culture, which houses the National Library and the Opera House.  The south east corner of the square are the 18 Century Ethem Bey Mosque behind with is the Clock Tower of Tirana.

Bisecting the square to its south is the Bulevardi Dëshmorët e Kombit, a large boulevard built during the Italian occupation of Albania.  During Albania’s communist years, large parades would be regularly held for events like  Liberation Day and International Workers Day.

Other names of Skanderbeg Square

The Skanderbeg Square has the following names: Sheshi Skënderbej. 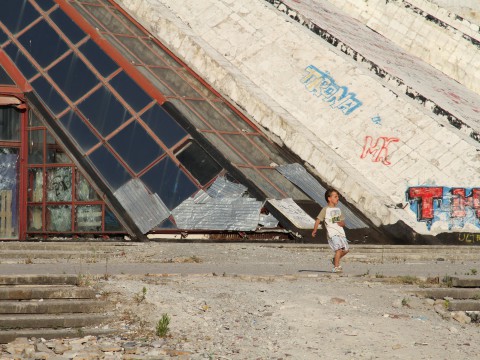 Travelling back to Tirana's Communist Past

Tirana has a fascinating history and each stage of it has left its marks on the city. From 1944 to 1990, Albania suffered a period of isolation during the Communist regime. 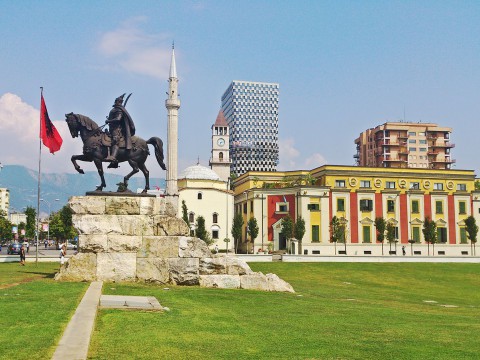 Tirana is a city with an eventful history. The city has been a part of the Roman, Byzantium and Ottoman Empire, struggled through World War II, witnessed communist rule, and worked through the turmoil of the 1990s after the collapse of communism.