High Atlas, also called the Grand Atlas stretch 2,400 km through Morocco, Algeria and Tunisia, the Atlas Mountains are a trekker’s paradise, arcing southwards from the Mediterranean coast and dramatically separating the ocean from the vast Sahara desert. They are known for their stunning beauty and offer a variety of trekking experiences for visitors. These mountains serve as a barrier between the northern plains and the pre-Saharan region and are home to a Berber population. Trekking options range from short day hikes to longer expeditions that combine multiple peaks and passes. Visitors can hire mules and muleteers or hire mountain guides for more challenging routes. The High Atlas Mountains also offer opportunities for rock climbing, ski mountaineering, and mountain biking. Horse rentals are available in Ouirgane for local treks, and it is even possible to purchase and resell a mule at a local souk for a more adventurous journey.

Despite their rugged appearance, the High Atlas Mountains are actually home to a number of villages that are terraced into their slopes. These mountains are popular for trekking, and there are several established hiking centers, including Djebel Toubkal, the highest peak in Morocco, and the Bou Guemez Valley. Local houses in these areas often offer gîte-style accommodation for visitors, and there is a well-developed infrastructure for trekking, including guides and mules. While the High Atlas Mountains are less developed than other mountain ranges such as the Pyrenees or Alps, they still retain a sense of adventure and remain relatively undeveloped. The network of paths and pistes that crisscross the mountains were once important for trade and travel, although increased vehicle access has changed some of the old ways of traveling through the region.

Routes and passes through the High Atlas Mountains (Western)

The Djebel Toubkal massif is a popular destination for trekking expeditions and can be easily reached from Marrakesh by car, bus, or taxi. The journey takes about an hour to the trailhead at Imlil. Alternatively, the region can be accessed from Ouirgane or Ijoukak to the west, the Ourika Valley to the east, or the Tifnoute valley and Lac d’Ifni to the south. The ski resort of Oukaïmeden is also nearby. Trekkers can choose from a variety of approaches to the Djebel Toubkal massif, depending on their time and interests.

Asni, Ouirgane, and Ijoukak are located on the Tizi n’Test road, which connects Marrakesh with Taroudannt and offers stunning views and trekking opportunities. Along the route is the ruins of the 12th-century Tin Mal mosque, a historic attraction. Southeast of Marrakesh is the Tizi n’Tichka road pass, which was built to replace the old caravan route to the south and is known for its impressive engineering. The pass is also home to the kasbah of the Glaoui family, also known as the “Lords of the Atlas,” who controlled the region in the 19th and 20th centuries. The Tizi Maachou road pass to the west offers a fast route between Marrakesh and Agadir, although it can be crowded with lorries and dangerous to drive. An older, parallel road known as a piste is a safer and more attractive alternative.

The High Atlas are subject to snow from November to April, and even the major Tizi n’Tichka and Tizi n’Test passes can be closed for periods of a day or more. If you are driving across the Atlas, and get caught in the snow, the Tizi Maachou pass (N8 or formerly P10) and the N10 (formerly P32) through Taroudannt and Taliouine are the easiest routes from Marrakesh to the south. However, these passes are usually only closed for short periods of time, and road signs in Marrakesh will indicate if they are open or closed. In the spring, when the snow starts to melt, swollen rivers can be dangerous to cross. Flash floods can also occur in the spring and summer, and can be very destructive, as was seen in the devastating floods in August 1995, which washed away dozens of buildings and bridges and claimed over a thousand lives. It is always advisable to camp on high ground to avoid being caught in flash floods or in areas where water can accumulate. This includes seemingly dry riverbeds, which can become torrents during flash floods. 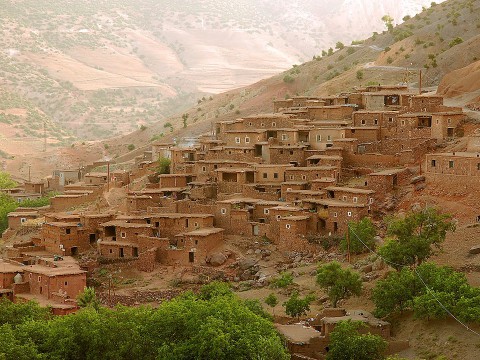 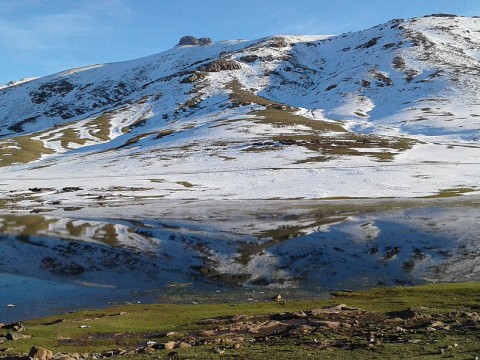 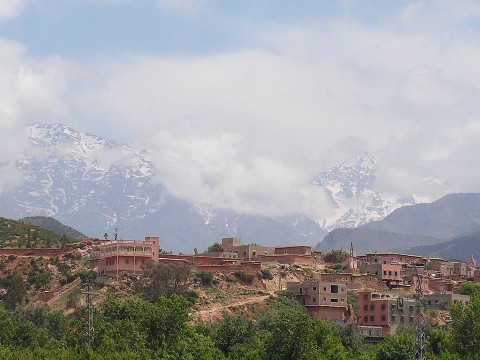 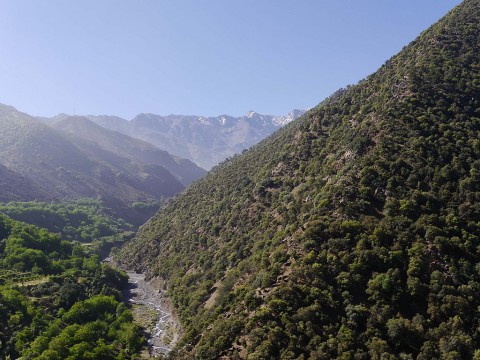 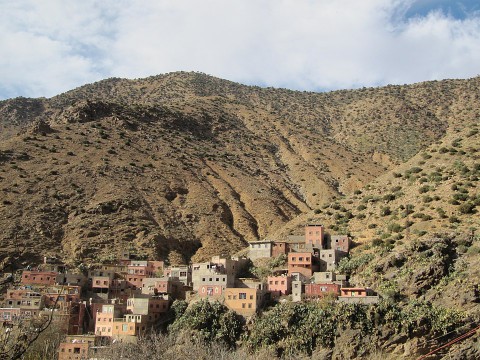