By 1815, the Jacobite cause was no longer a political threat to the Hanoverian monarchy. Alexander Macdonald of Glenaladale, a minor branch of the Clan Donald, built a memorial tower at Glenfinnan to commemorate the raising of the standard of the Young Pretender. The tower, which is 18 metres in height, was designed by the Scottish architect James Gillespie Graham. The statue of an anonymous highlander, referred to at the point of commission as Charles Edward Stewart, by John Greenshields, was added in 1835.

Where is the Glenfinnan Monument Located?

The iconic Glenfinnan Monument stands at the head of Loch Shiel, framed by the hills and woods of Moidart, Ardgour and Lochaber.

Who Erected the Glenfinnan Monument?

The Monument was erected in 1815 by Alexander MacDonald of Glenaladale as a tribute to the loyal Jacobites who rallied behind Bonnie Prince Charlie in his attempt to regain the British crown for the Stuarts in the 1745 uprising.

Why was the Glenfinnan Monument built?

Glenfinnan Monument was erected in 1815, in tribute to the Jacobite clansmen who fought and died in the cause of Prince Charles Edward Stuart.

On Monday 19 August 1745 a small rowing boat landed at the north end of Loch Shiel. It was early afternoon. Prince Charles Edward Stuart, “Bonnie Prince Charlie” came ashore and raised his Standard (a banner of red and white silk, reputed to have been sewn by the women of nearby Dalilea). Accompanying him were the Seven Men of Moidart: four Irishmen, two Scots and one Englishman. They were met by an escort of of Highland chiefs and clans of MacDonalds (including Clanranald, Morar and Keppoch) and Camerons of Lochiel. On September 17, with about 2,400 men, he entered Edinburgh. Four days later he routed Sir John Cope’s army at Prestonpans, near Edinburgh; early in November, with 5,500 men, he crossed the English border and headed toward London. Charles advanced as far as Derby before his officers, discouraged by lack of French and English support and frightened by the prospect of facing 30,000 government troops, forced him to retreat into Scotland. His troops melted away, and on April 16, 1746, William Augustus, duke of Cumberland, decisively defeated him at Culloden Moor, Inverness-shire. For the next five months Charles was relentlessly pursued by British soldiers. Finally, helped by loyal supporters (in particular, Flora Macdonald, he escaped by ship to France (September 1746).

The Monument is built of rubble masonry, circular with a basal diameter of 4 metres  and extending to a height of 18.3 metres.  Architectural features include a Tudor Gothic doorway, a spiral stairway, narrow slit windows, an external platform and the statue of a Highlander (the latter added in 1830).  It was originally enclosed by a low wall, which was later replaced by a more ornate, octagonal faceted perimeter wall.   The tower was originally joined to a two-storey bothy ( the ‘shooting box’); this was later removed by Angus MacDonald, the son of the original patron of the Monument during restoration work.

The  perimeter wall supports three cast iron commemorative panels in parallel scripts of Gaelic, Latin and English  on the outside and a marble panel on the inside.  The marble panel commemorates those lost in the Jacobite Cause and the patron of the Monument, Alexander MacDonald, who died in the year of its completion    The perimeter wall encloses a small open space with benches around the edges and an interesting collection of emblematic plants representing the supporting clans.  Clan plants were worn as badges on bonnets to identify Clan affiliation.   A white rose was reputed to have been picked by Bonnie Prince Charles at Fassfern House on the banks o Loch Eil and pinned to his blue bonnet.  The white cockade (a knotted white ribbon or cloth) became a symbol of allegiance to the Jacobite cause.

Climbing to the top of the Glenfinnan Monument

If you are able bodied, it is well worth climbing to the top of the Monument, but note that he tower is described as unsuitable for the infirmed and those with a poor sense of balance.   Considerable care is required in climbing the stone, spirally arranged, uneven steps and the platform is entered through a small open hatch.

The views are spectacular from the platform, with views across Loch Shiel and the surrounding hills to the west, to the Lochaber hills and Glenfinnan Viaduct to the east, to the pine forest and  hills of Ardgour to the south and to St Finnan’s Church and the Glenfinnan Hotel to the north. The statute of the Highlander (possible representing Bonnie Prince Charlie) is impressive in its full Highland dress and encrusted with yellow, brown, green and oranges crustiose lichens.    The Highland dress and tartan was later to be outlawed on account of its affiliation with the 1745 Uprising.

The National Trust for Scotland Visitor Centre contains a gift shop, café and an exhibition centre. In the Visitor Centre are displays and an audio programme about the Prince’s campaign from Glenfinnan to Derby and back to the final defeat at Culloden. The modern exhibition in the visitor centre tells the story of Prince Charles Edward Stuart and the 1745 Jacobite Rising.

Monument in Newcastle upon Tyne

Grey’s Monument is a monument to Charles Grey, 2nd Earl Grey built in 1838 in the center of Newcastle upon Tyne, England. The 2nd Earl Grey was the UK Prime Minister from 1830-1834, and the statue was erected to acclaim Earl Grey for the passing of the Great Reform Act of 1832.

The monument is a Grade I listed and consists of a statue of Lord Grey standing atop a Roman Doric column on a pedestal of local sandstone. The column is 40m (131ft). It stands at the head of Grey Street. The statue was created by Edward Hodges Bailey, who later created Nelson’s Column in Trafalgar Square.

There is a viewing platform at the top, accessed via 164 steps of a narrow spiral staircase, inside the column. The viewing platform offers guests an excellent look at the beautiful cityscape.

Great Reform Act changed the British electoral system. It took seats in the House of Commons away from the less populated boroughs and gave seats to the new industrial cities, such as Newcastle-upon-Tyne.

Tickets are £5 fee per person 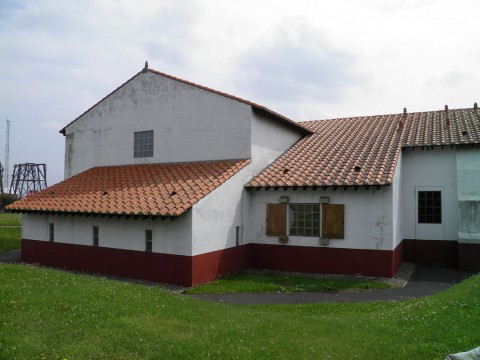 The final day, and a journey into the busy city centre and industrial areas of Newcastle and along the River Tyne. This trail deviates from the original route of the wall in a number of places, but delivers a picturesque route along the Tyne into the City Centre, or you can travel along the wall which main leads you straight along Hexham Road. 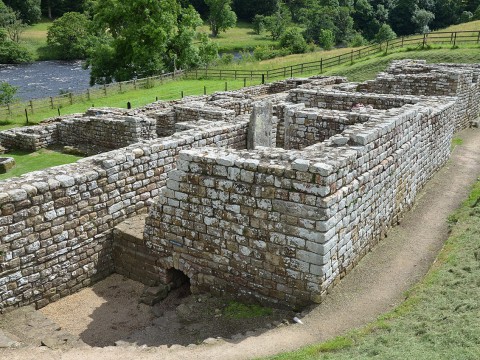 A brief cross over with St Oswalds Way will see you heading Eastward away from Heaven Fields and following closely the line of the wall. The wall was only one part of the infrastructure of Hadrian’s Wall with a defensive ditch also being dug.