The port of Málaga is an international seaport and fishing port located in the city of Málaga in southern Spain. It is the oldest continuously-operated port in Spain, founded by Phoenicians and is situated in a natural bay, which is protected by the shape of coastline.

Two of the quays at the east end of the port, below the Castillo Gibralfaro, have been redeveloped for recreational and commercial use. They are called Muelles Uno and Muelles Dos or Quays one and two.

Paseo del Muelle Uno, is a lively thoroughfare lined with bars and restaurants and home to one of the city’s most exciting art galleries and museums, the Pompidou centre which is topped with a giant, multi-colored cube.

Muelles Dos is  has the Palmeral De Las Sorpresas or Palm Garden of Surprises which is a lovely walkway with palm trees, fountains, sculptures & restaurants.

History of the Port of Málaga

The port was founded by Phoenicians  from Tyre in 1000 B.C.  The name Malaka is probably derived from the Phoenician word for salt because fish was salted on the first dock. The port flourished under Roman rule exporting iron, copper and lead from the mines in nearby Ronda, exported olive oil, wine and garum – which is a  relish of pickled fish. The Roman Garum storage vats can be seen in the University offices on Paseo del Parque.

In 711 A.D. the Moors invaded, and Málaga became a major Moorish city and port – it was the main port for Granada too, famed for exports of Figs and Wine.

Under the Habsburg Empire it became one of Europe´s biggest manufacturing ports. The East Dock was added in 1720, along with the New Quay, and in 1814 the first lighthouse was built.

In 1910 its first passenger terminal was built, and in 1920 the Málaga Puertollano pipeline was built, allowing olive oil to be exported directly from the port. It ceased However operation in 1990. 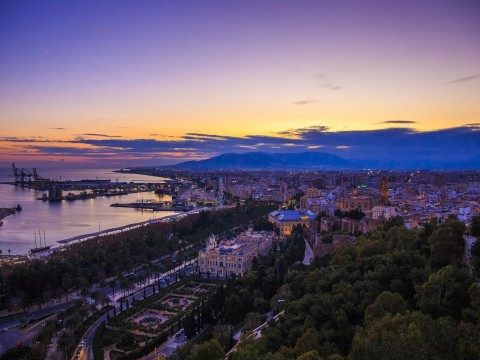 Malaga is the birthplace of one of the world’s greatest artists, the much-celebrated and internationally revered Pablo Picasso. Although best known as a painter, Picasso was also a sculptor, print maker, theatre designer and ceramic maker. 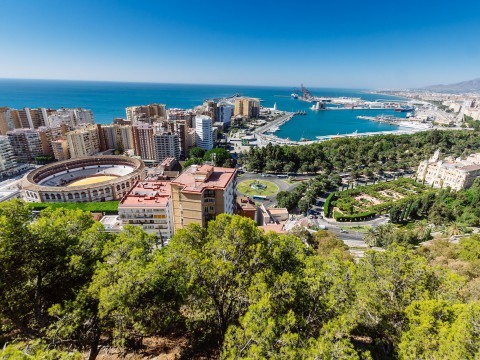